Developing an understanding and appreciation for other cultures is often a first step in building positive diplomatic relations between countries. During the height of the Cold War, a cultural exchange was created between the Empire State Institute for the Performing Arts and the Moscow Musical Theatre for Children. The main goal of the exchange was to foster cultural understanding between Russian and American children with theater. Ultimately, the organizers viewed their work as an opportunity to initiate a friendship between the two countries. Jasmine Bumpers’ article, Dolly Diplomacy, provides the details of this attempt to thaw the tensions of the Cold War through the arts.

Compelling Question: How does cultural understanding contribute to the development of diplomacy between nations?

Introduction to Russia and the Cold War
Elementary: Show the following video about Moscow and Russian culture.  https://ny.pbslearningmedia.org/resource/luna-moscow/luna-russia/
Middle/High School: Show the following video about U.S.-Soviet Relations and the Cold War.
https://ny.pbslearningmedia.org/resource/55c555a9-91a9-4914-bfb2-327dc5bfadc0/the-cold-war-crash-course-us-history-37/ 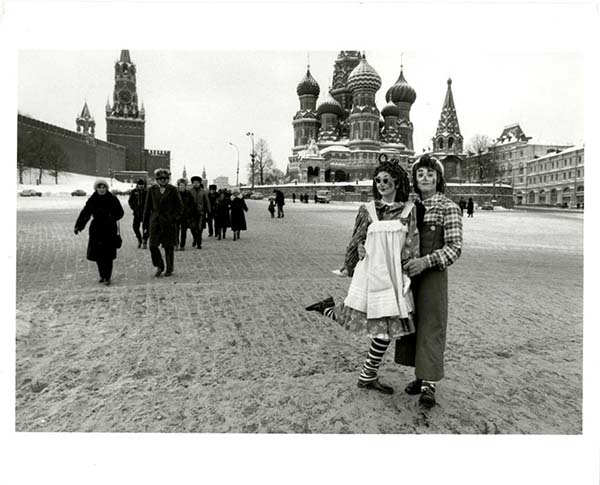 Taking Informed Action: Identify one issue in your community that may be addressed through the arts. Brainstorm ideas for using the arts to help bring about change. 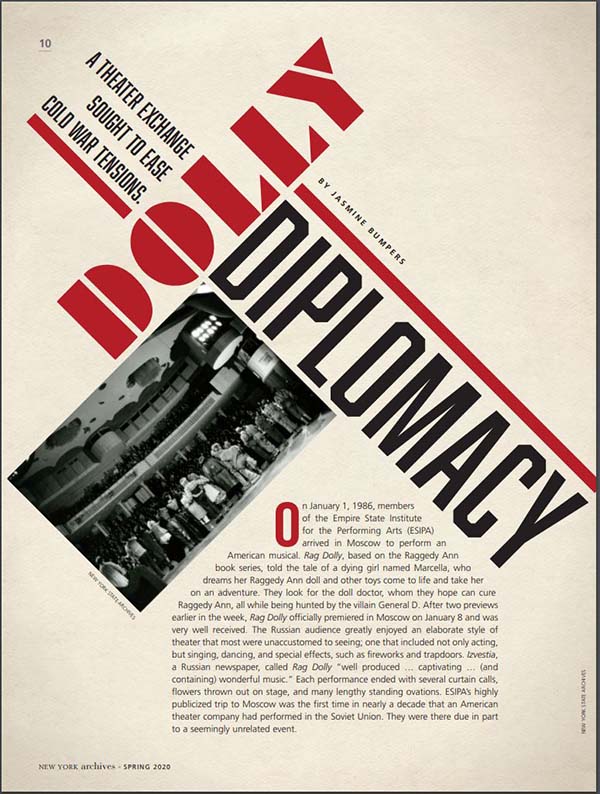 1. Why were cultural exchanges between the Americans and Soviets banned in the 1980s?

2. What was the first cultural exchange that took place after the ban was lifted?

3. What did Patricia Snyder advocate for with the founding of the Empire State Youth Theatre Institute?

4. What happened to Natalia Stats that interrupted her career?

6. What was Snyder’s ultimate goal for the cultural exchange?

7. What was the storyline of Rag Dolly?

8. How was Rag Dolly different from Russian theater style?

10. What did American children learn about the Russians from the cultural exchange?

11. How did the Soviet troupe feel about the idea of cultural exchanges?

12. How do you think this cultural exchange influenced American-Soviet diplomacy?