Compelling Question: Why is the preservation of natural environments important for all of society?

In 1968, after an effort for an Adirondack National Park had failed, New York State Governor Nelson A. Rockefeller appointed the Temporary Study Commission on the Future of the Adirondacks (TSCFA). The TSCFA was charged to investigate issues that would have an impact on Adirondack Park use including issues pertaining to private and public lands, wildlife, forests, minerals, water, air, transportation, economy, recreation, and local government. The commission was to make recommendations that would insure development was consistent with the long-range well being of the park area as an integrated entity. Harold Hochschild, who founded the Adirondack Museum, became chairman. Near the end of 1970, the TSCFA submitted its report to Rockefeller.

Numerous studies were taken and many recommendations were made including encouraging the State to leave Article XIV of the state constitution alone. Article XIV states, in part that the "lands of the State, now owned or hereafter acquired, constituting the Forest Preserve as now fixed by law, shall be forever kept as wild forest lands. They shall not be leased, sold, or exchanged, or be taken by any corporation, public, or private, nor should the timber thereon be sold, removed, or destroyed." The first of many TSCFA's recommendations was that an independent, bipartisan Adirondack Park Agency (APA) "be created by statute with general power over the use of private and public land in the Park." The studies and recommendations of the commission led ultimately to the creation of the Adirondack Park Agency. (Source: http://www.adirondack-park.net/history/political/apa.html) 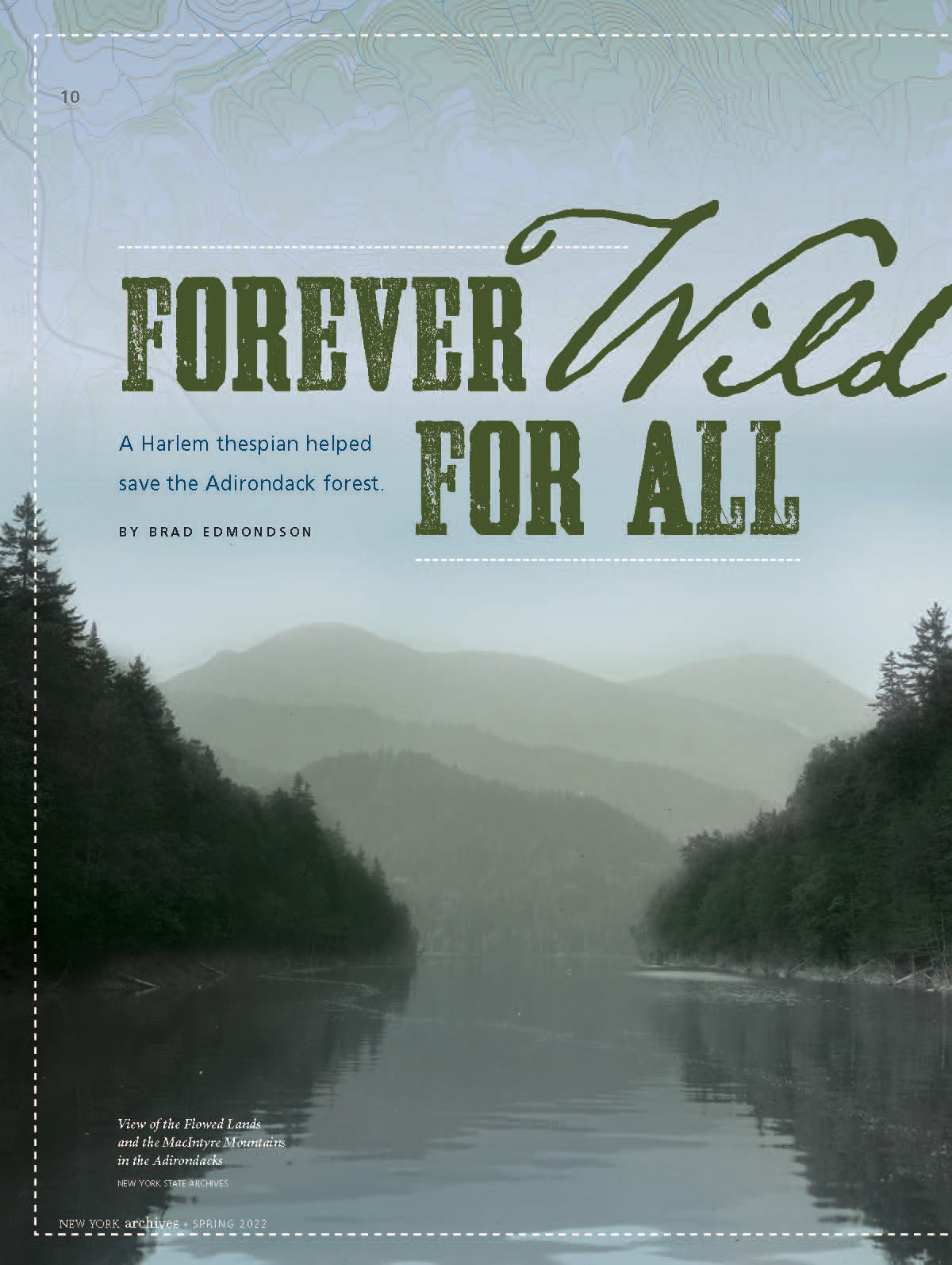 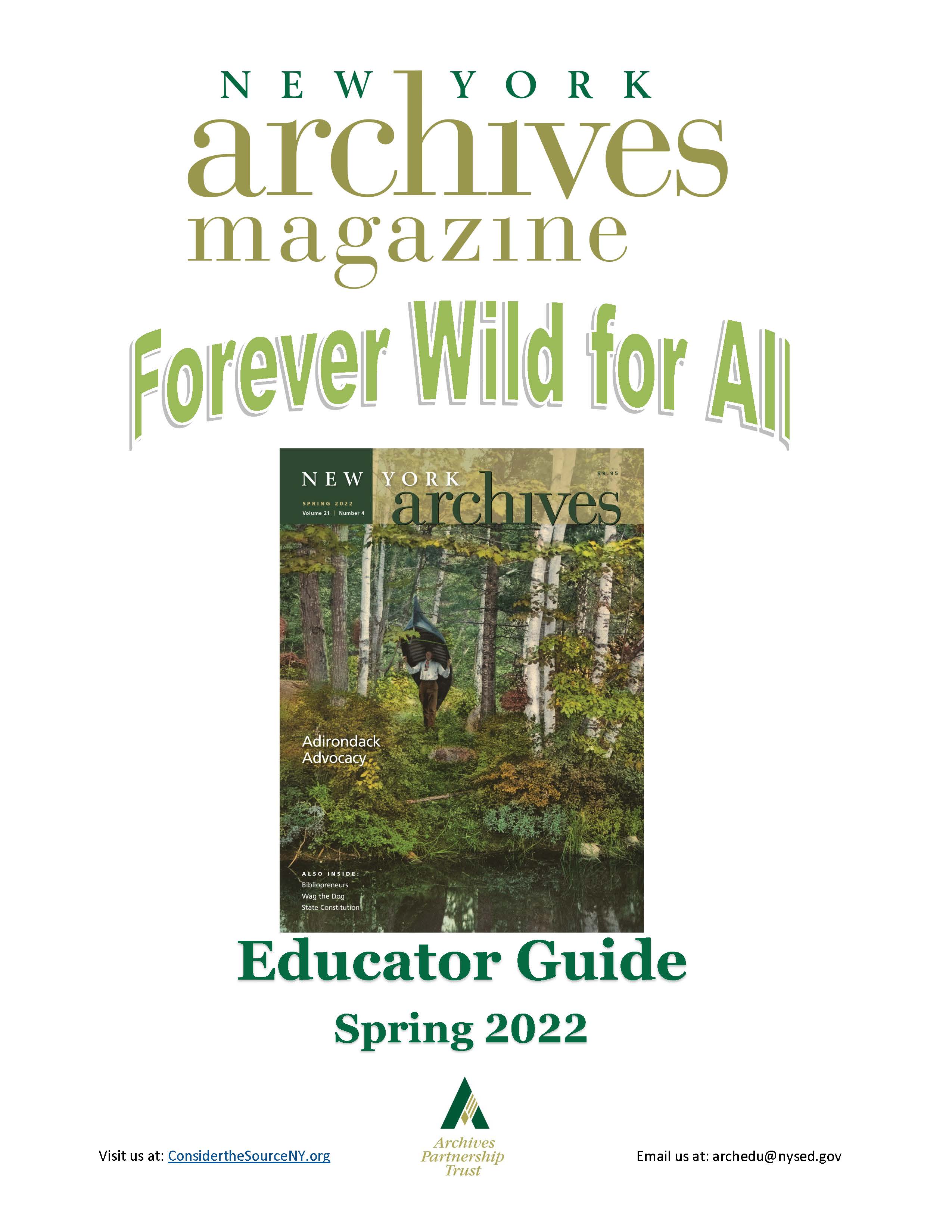 Forever Wild for All - Click for link to full article

1. What was Fred O’Neal known for before he became involved with the Temporary Study Commission on the Future of the Adirondacks (TSC)?

2. According to Peter Paine, what skills did O’Neal possess that made him a good candidate for the Commission?

3. Who created the Temporary Study Commission on the Future of the Adirondacks and what was the purpose of the commission?

4. According to the article, why was Fred O’Neal chosen for a seat on the commission?

5. How did O’Neal become an expert on the Adirondacks?

6. Why did Dollie Robinson want to protect and preserve the Adirondacks?

7. What is Aaron Mair’s goal for the Adirondacks?

1. What is the goal of all the individuals mentioned in this article?

2. Why is this goal always a work-in-progress and never fully attained?

3. What role will future residents of New York play in making progress toward this goal?

Write a paragraph explaining why places like the Adirondacks require the work of citizens to maintain their beauty and provide access for everyone to enjoy them. 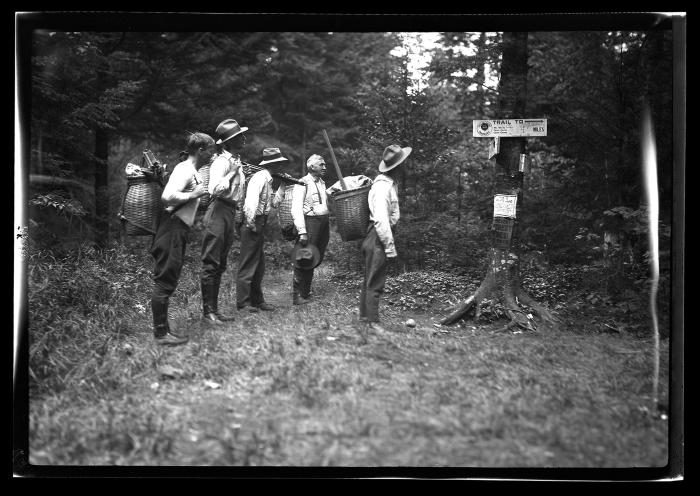 1. Who do you see in this photograph?

2. Where was this photograph taken?

3. What are the people looking at?

4. Why do you think this photograph was taken?

5. When was this photograph taken?

6. What impact do you think the people in this photograph had on the the area where the photograph was taken?

8.8 DEMOGRAPHIC CHANGE: After World War II, the population of the United States rose sharply as a result of both natural increases and immigration. Population movements have resulted in changes to the American landscape and shifting political power. An aging population is affecting the economy and straining public resources. (Standards: 1, 3, 4, 5; Themes: ID, GEO, SOC, GOV, ECO)

New York Archives magazine is a donor-funded educational product published quarterly by the NYS Archives Partnership Trust.  A discounted subscription rate for educators is available. For more information, please visit us at www.nysarchivestrust.org.