From key players in the courts to college protestors, New York's archives are filled with stories of civic engagement and activism. The Winter 2023 issue of New York Archives Magazine gives readers a glimpse into the worlds of organized legal action and civic protest throughout the 20th century. "Building a Bridge", by Enid Gort and John M. Caher, details the life and legacy of a lesser-known figure in the Civil Rights Movement. Franklin Williams worked tirelessly to advance the rights of African Americans in both the United States and New York courts. He led a judicial commission responsible for exposing the bias and discrimination in the courts which continues to ensure racial equity in New York's courts today.
"Active Dissent", by Seth Kershner, discusses the 1972 campus protests at New York colleges and universities against the United States government's actions in Vietnam. The document analysis section of this educator guide uses flyers distributed by the students of SUNY New Paltz and collected as evidence by the New York State Police Bureau of Criminal Investigation. Through these documents, students will learn about declining public confidence in government as seen through student protests.

How do the authors describe "bridge figures?"

How do the authors describe Williams' early life? How do you think this impacted his perspective as he grew into an adult?

How were Franklin Williams and Thurgood Marshall different in their approaches to making change?

What is the legacy of Franklin Williams in New York and the Civil Rights Movement?

For more on Franklin Williams, view the full documentary and lesson plans from PBS here. 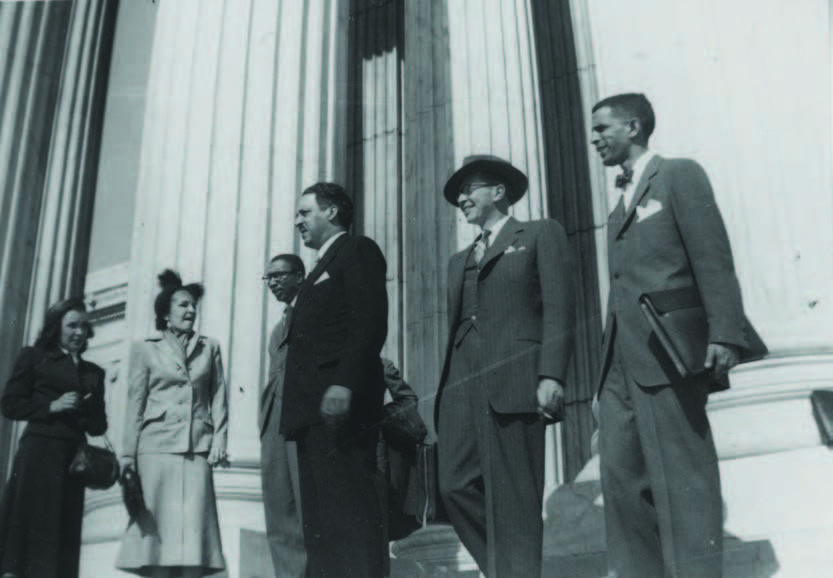 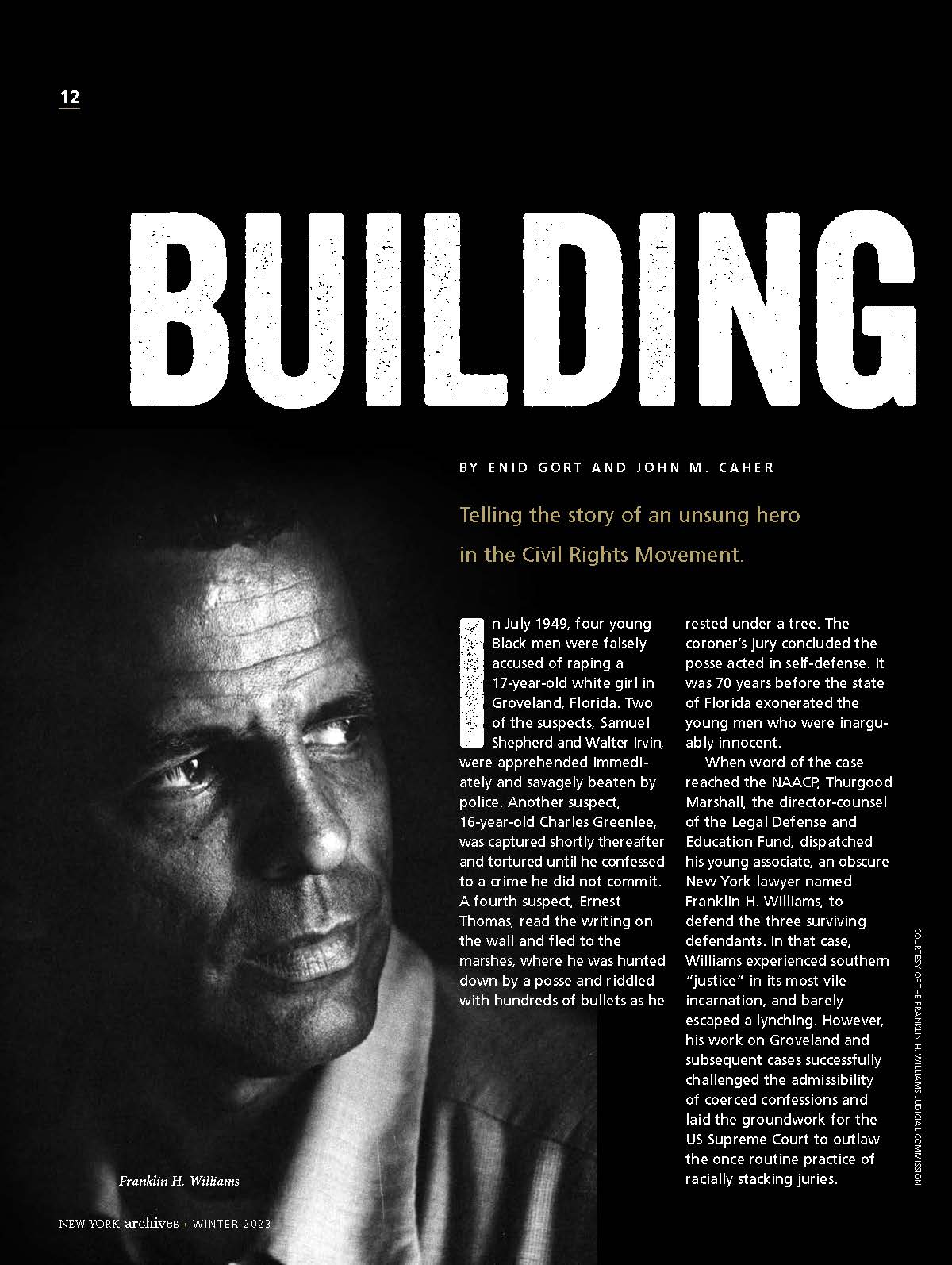 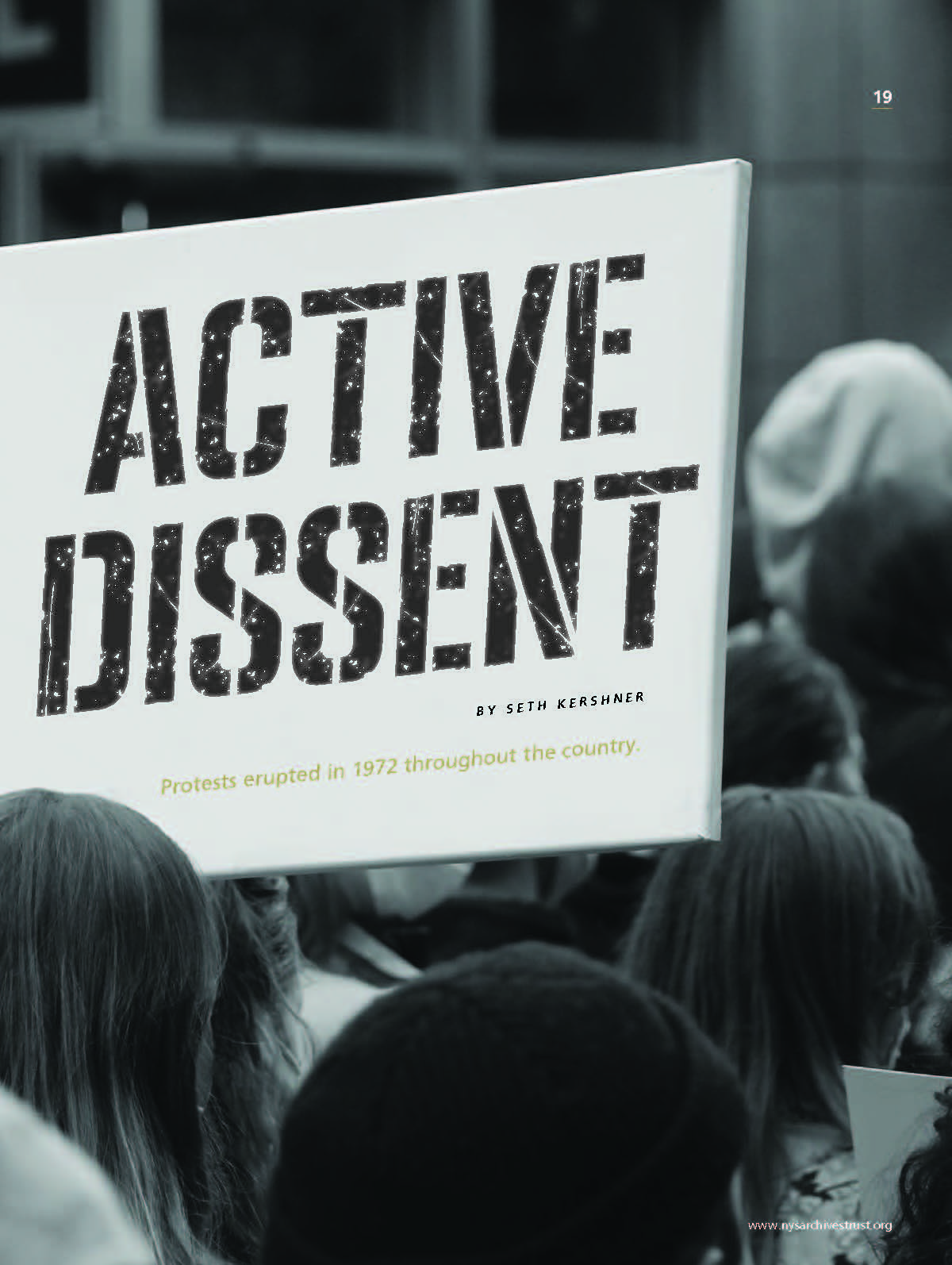 What were the students protesting at SUNY New Paltz in 1972? How did they protest?

What was the BCI and why were they so interested in campus protests?

What techniques did the BCI use against student protests?

What other issues did college students protest during this time and why do you think these issues were important to them?

What was the preferred mode of militant action on college campuses? Why do you think this was their preferred method?

What did BCI officers do in response to the New Paltz protests and do you think this was necessary?

What did students encourage the people stuck in the protest traffic to do? Do you think this was effective?

What other strategies did college students use to protest?

What happened to the protestors? What did these protests accomplish?

How did Americans react to the United States' involvement in the Vietnam War?

What impact can corporations have on military conflicts?

Why did many Americans disagree with Nixon's actions?

To the right is a learning activity designed for students to take a closer look at the documents related to the "Active Dissent" article. If you have registered for a free account on Consider the Source, you can save the activity to your account and tailor it to your classroom.

Vietnam-era campus protests happened all over New York State and the United States. For an engaging extension activity, ask students to research campus protests in your region. How did they compare to the protests at SUNY New Paltz? What issue were college students in your area focused on? 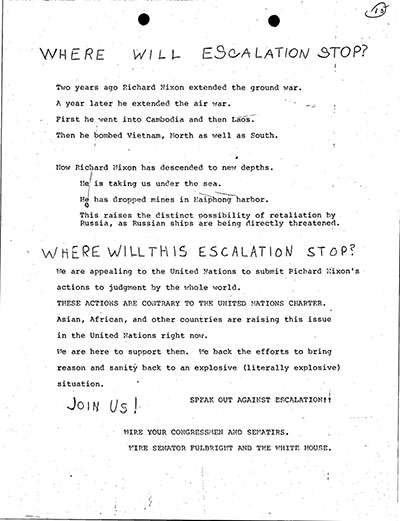 11.9 COLD WAR (1945 – 1990): In the period following World War II, the United States entered into an extended era of international conflict called the Cold War which influenced foreign and domestic policy for more than 40 years. (Standards: 1, 2, 3; Themes: TCC, GOV, ECON)
11.9a After World War II, ideological differences led to political tensions between the United States and the Soviet Union. In an attempt to halt the spread of Soviet influence, the United States pursued a policy of containment.
Students will examine reasons for declining public confidence in government, including America’s involvement in Vietnam, student protests, the growing antiwar movement, and the Watergate affair.