Causes of the War

The First World War began when Archduke Franz Ferdinand, heir to the Austro-Hungarian throne, was assassinated by Bosnian-Serb student Gavrilo Princip on June 28, 1914 in Sarajevo. Princip was a member of a revolutionary group called the Black Hand. At the time, there were suspicions, which now seem unlikely, that the Serbian government provided assistance to this group. Princip, along with other Serbian nationalists, believed that the assassination of Ferdinand would further their goal of founding an independent Serbia.

In retaliation for the assassination, Austria-Hungary issued an ultimatum to the Serbian government. Serbia took issue with a few minor clauses of the extremely harsh ultimatum, and on July 28, 1914, Austria-Hungary declared war on Serbia. The intricate workings of the European alliance system then came into play as Germany, France, Great Britain, Russia, and others entered the conflict. It was not until April 6, 1917 that the United States entered the war on the side of the Allies.

Another long-term factor leading up to the Great War was the escalation of the naval arms race between Germany and Great Britain. Britain, which held that its navy was the key to the defense of its empire and homeland, felt threatened by Germany’s move to increase production of large classes of warships known as capital ships. The results were elevated tensions, the threat of imminent war, and the strengthening of two powerful nations that were fully equipped for a conflict. 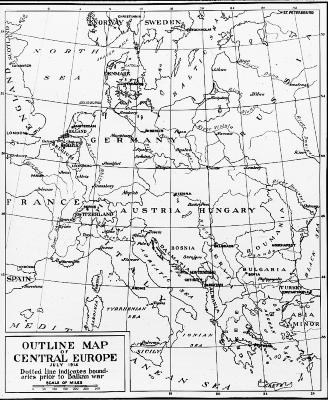 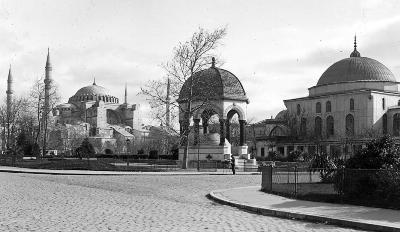 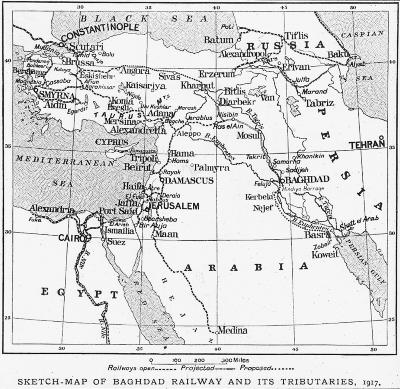 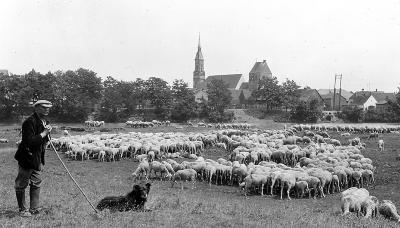 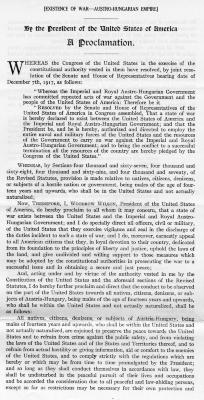 War with Austria-Hungary, A Proclamation by President Woodrow Wilson 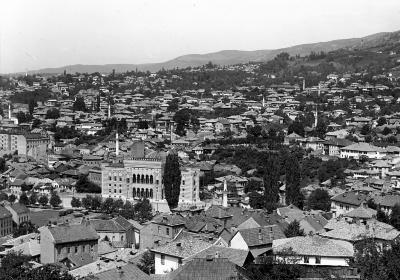