Consequences of the War

Participation in World War I and the ultimate achievement of victory came at a heavy price. The costs of war were steep, and were immediately evident in terms of the toll on human life, property destruction, monetary expenses, and the redefinition of political boundaries.

An irreparable consequence of World War I was the loss of life. New technological advances in warfare resulted in a tremendous number of casualties. The relatively static nature of trench warfare meant that armies continually suffered a great deal of attrition on seemingly gridlocked battlefields. Families across the world felt the pain of losing spouses, parents, siblings, and friends. For many of those who survived the war, the stresses and atrocities witnessed left lasting and vivid memories.

Due to the demand for supplies and wartime products, combatant countries also suffered bankruptcy and horrendous property damage. Germany was assigned full blame for the war as its primary aggressor, and was forced to pay for Allied material and property losses suffered during the war.

Following the war, numerous borders were redrawn. France’s eastern border was extended to include the Rhineland of western Germany, Germany’s main industrial sector. Germany was stripped of a large percentage of coveted colonial possessions, and the Ottoman Empire ceased to exist at the close of the war.

The far-reaching implications of World War I were of immense consequence in later twentieth century events. Even before the U.S. and other world powers experienced the Great Depression in 1929 and most of the 1930s, Germany had already been feeling the political and social backlash of a terribly steep depression which arose out of World War I. The depression in Germany, which made the country’s money essentially worthless, proved to be a major contributing factor in the rise of the Nazis under World War I veteran Adolph Hitler.

Coffins Laid Out in Elmira, NY 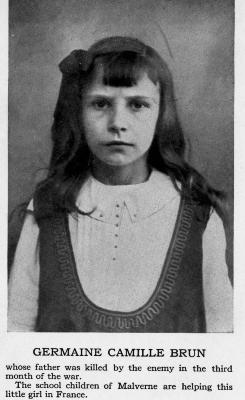 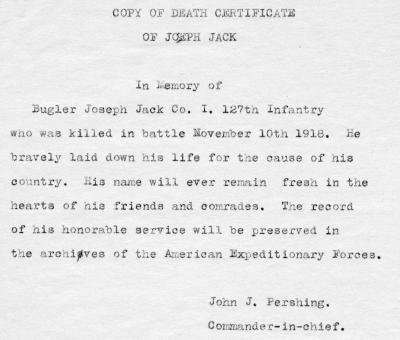 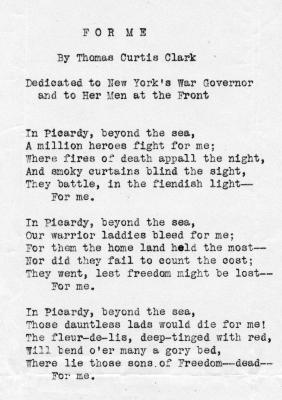 War Poem "For Me"