Boom! The sound of cannon shot rings through the town. Boom! There it goes again! The music of marching bands floats on the crisp fall air. It's Wednesday, October 26, 1825, and you are in Buffalo, New York. Buffalo is celebrating; in fact, all of New York is celebrating, because today marks the official opening of the Erie Canal.

It's nine o'clock in the morning and the governor of New York, DeWitt Clinton is about to step aboard his packet boat named Seneca Chief and sail down this grand new waterway. Lots of other boats plan to join the Seneca Chief, boats with names like Chief and Superior.

By the time the group reaches New York, there will be a flotilla of boats sailing into New York harbor. One boat called Noah's Ark will carry a bear, two eagles, two fawns, several fish, and two Indian boys.

The Seneca Chief will carry some important cargo as well. Before he leaves Buffalo, Governor Clinton will fill a barrel with water from Lake Erie, the waterway at the western end of the canal. He plans to pour the water into the Atlantic Ocean when he reaches New York City.  By ten o'clock, the Seneca Chief is off! Some of the people in town call the Canal the "artificial river." Somehow the Canal doesn't look like much of a river, since it is only forty feet wide and four feet deep.

But the Erie Canal is important; it will link the cities of western New York, such as Buffalo, with eastern cities, such as New York. Maybe that is why Governor Clinton wants to dump water from Lake Erie into the Atlantic Ocean. He wants to symbolize the new connection between distant places.

To learn more about the celebration that marked the opening of the Erie Canal, let's take a look at some of the information left behind. This information is found in historical records, like letters, diaries, maps, photographs, land deeds, broadsides (posters), and petitions. Let's dig into the archives and see how New Yorkers celebrated the opening of the Erie Canal. 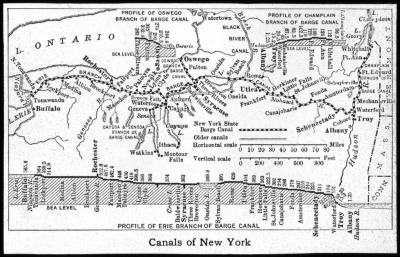 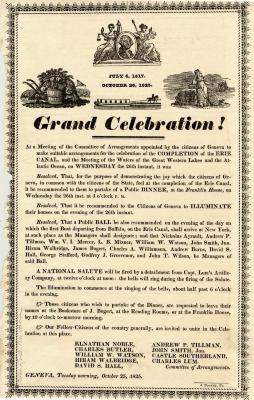 Grand Celebration of the Erie Canal in Geneva, New York 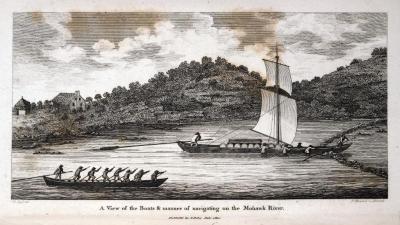 Engraving of a Durham Boat and a Bateau on the Mohawk River, 1810 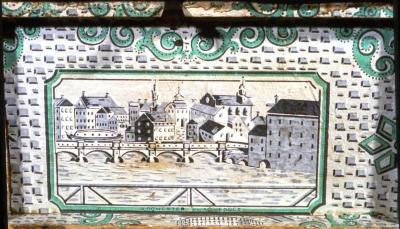 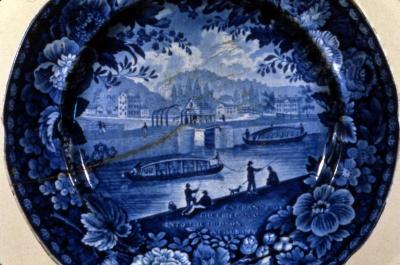