Ten years after the Erie Canal opened in 1825, many of the towns and villages that had celebrated the opening of the Canal had grown into busy communities and cities. The Canal helped move goods and people through New York State. Before the Canal was built, it cost between $90 and $125 to ship a ton of cargo between Buffalo and New York City, but by 1835 that price had dropped to $4 per ton. Wheat, oats, and logs, from western New York streamed to the New York markets.

The Canal was not just used for trade; in its first year of operation more than forty thousand passengers traveled the new waterway because it helped make travel over long distances easier. The few roads that existed at the time were bumpy and not well maintained. Traveling by boat on a canal was slow but smooth.

Boats on the Erie Canal carried settlers and business people who were looking for new opportunities. They carried products from the newly settled lands in central and western New York and the midwestern states to markets in New York City. Tourists also traveled by canal boat. People were curious to see this new man-made waterway, the locks and aqueducts that made it work, the beautiful countryside, and the cities and villages the canal passed through.

People were excited about the Erie Canal, but the Canal also caused problems.

The people building the canal had found the work very difficult. When they thought they were going to dig in dirt, they sometimes found solid rock instead! Sometimes the cost of the materials they needed to make the Canal was more than they had planned to spend. Sometimes the workers damaged property, cut down trees without permission, and trampled farmer's crops. Sometimes the Canal would leak and flood fields and basements, or it divided farms in half. A farmer might have some fields on one side of the Canal and some fields on the other side, with no bridge to connect them.

New Yorkers had mixed feelings about the Erie Canal. They saw the advantages of quicker and cheaper transportation, but they also recognized the problems it would bring. To understand why people felt the way they did about the Erie Canal, let's take a look at some of the information they left behind.

This information is found in historical records, such as letters, diaries, maps, photographs, land deeds, broadsides (posters), and petitions. Other places to look for information about the Canal might include artifacts, such as dishes, wallpaper and paintings; and architecture, such as buildings, bridges, locks, and aqueducts. If you look carefully at these items, you can learn a lot about the Canal. Let's dig into the archives and see what the evidence tells us about the Erie Canal in the 1830s. 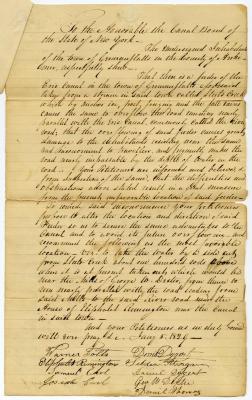 1830s At Work in the Erie Canal Time Machine 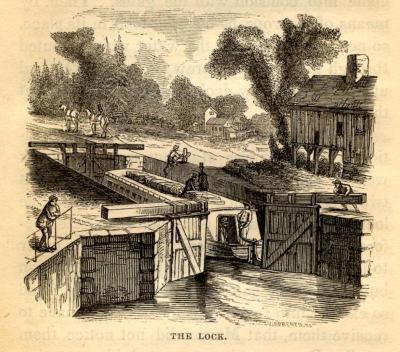 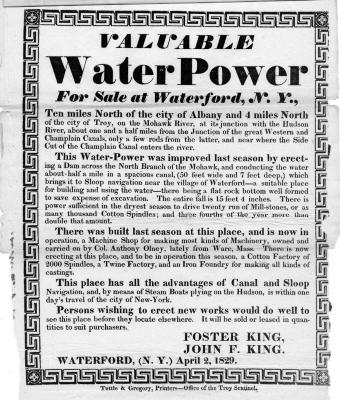 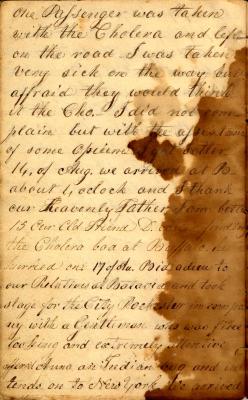 Letter from the Citizens of the Town of Germanflatts to the Erie Canal Board, 1829 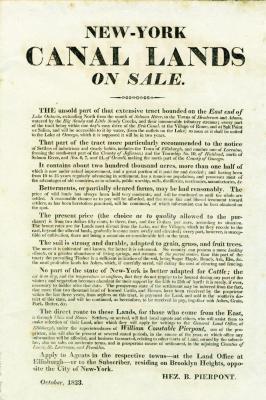 Opportunities and Challenges on the Erie Canal 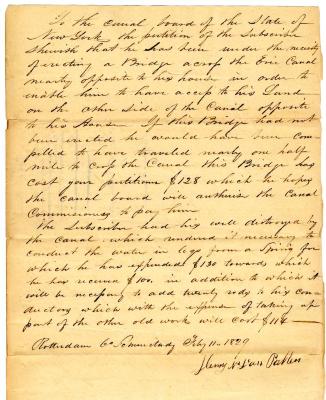 Letter from Henry Van Patten to the Erie Canal Board, 1829 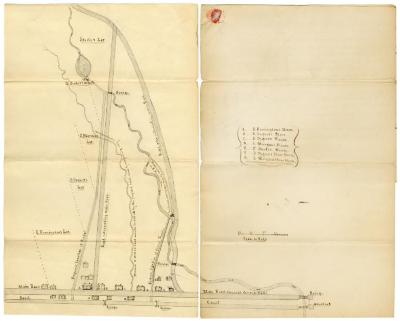 Map of the Town of Germanflatts for Erie Canal Board, 1829