Mobilizing the entire nation for World War I meant that America needed to call upon all individuals regardless of race, religion, gender, ethnicity, or cultural background. Although the U.S. Army was still segregated at the outbreak of World War I, African Americans proudly answered their nation’s call to service by fulfilling wartime duties both at home and abroad. Four hundred thousand African American soldiers served in the U.S. Army. Of the 10,000 who saw battle, 475 were killed, and another 3,468 were wounded.

Numerous American divisions were made up of all black soldiers. One such unit was the 93rd Division. Among the 93rd Division was the 369th Infantry Regiment, a detachment of African American infantrymen assigned to aid the French army. Led by a white officer named Hamilton Fish, the 369th, also known as the Harlem Hellfighters, was one of four African American regiments that saw combat during World War I.

The 369th compiled a fine war record. The regiment spent 191 days on the frontlines, longer than any other American regiment during the war. The regiment never lost an inch of ground, and was the first Allied regiment to reach the Rhine River. In addition, no member of the 369th regiment was ever taken as a prisoner of war. Company Commander Hamilton Fish received the Silver Star medal for actions at Meuse-Argonne. After the war, Fish became a well-known United States Congressman. Because of their exemplary war record, a $30,000 monument was erected in France to commemorate the gallant service of the Harlem Hellfighters. 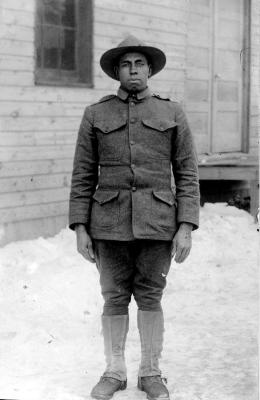 Charles Freeman in World War I 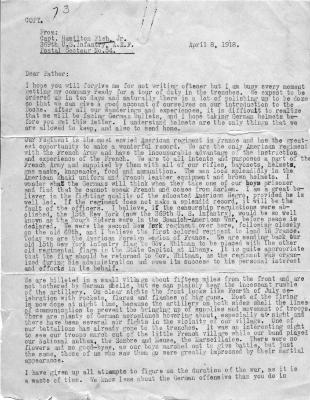 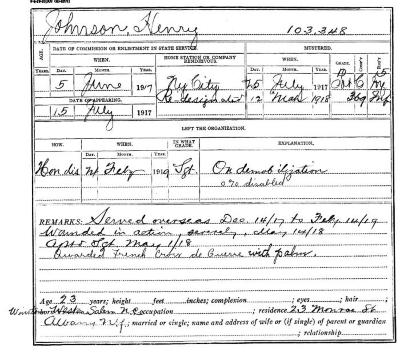