The United War Work campaign asked Americans to contribute at least $170,500,000 to the war effort. The organizations represented in this campaign included the Young Men's Christian Association (YMCA), the Young Women's Christian Association (YWCA), the National Catholic War Council, the Jewish Welfare Board, the War Camp Community Service, the American Library Association, and the Salvation Army. People of Jewish, Catholic, and Protestant faith stood side by side, cooperating for a common cause.

For Americans who were not inclined or able to enter into military service, fundraising offered an alternative demonstration of patriotism. In the business realm, patriotism, and perhaps the desire for public acclaim, inspired many companies to contribute products and resources to the war effort.

As the government strove to raise money for the war, Liberty Loans were conceived as a way of asking U.S. citizens to donate in support of the Allied cause. The government aggressively campaigned for these loans using graphic posters, broadsides, and even movie star endorsements. On April 24, 1917, Congress authorized the Emergency Loan Act, which issued $5 billion in bonds. Over the course of the war, the government offered over $17 billion in war bonds. New Yorkers did their part by participating in the ongoing fundraising drives, while also offering food and other aid to help fund the war effort. 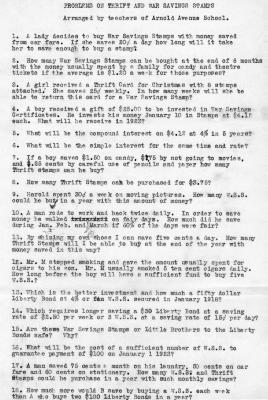 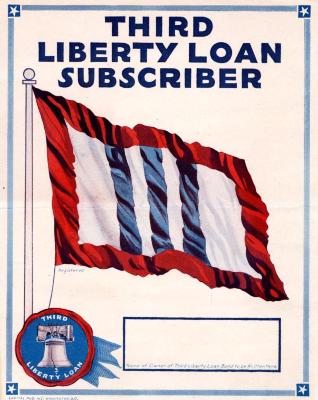 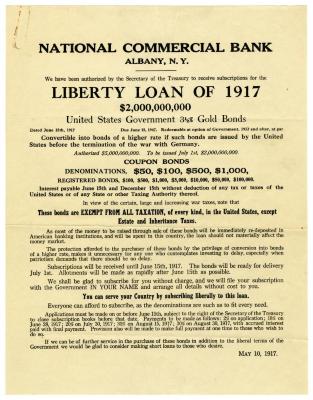 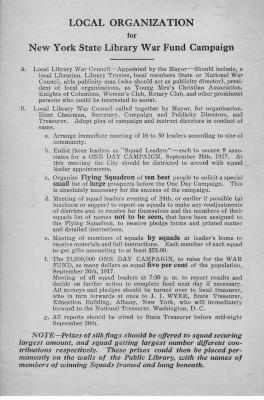